“HQ-10 Was Lost But Not Forgotten”

Sadly, but bravely, the Patrol Craft Escort vessel PCE-10 described above – known more appropriately in the South Vietnamese Navy as Nhat-Tao HQ-10 – was lost in early 1974 during an engagement between VNN forces and those of the Peoples Liberation Navy (PLAN) in a dispute over control of the Paracel Islands (Hoang Sa in Vietnamese)

This small group of islands are located approximately 200 nautical miles due east of Danang. And, although too small to be inhabited by a permanent population, they were never-the-less an important historical and strategic possession of Vietnam. This claim of sovereignty dates back centuries. However, the Peoples Republic of China felt they could displace this claim based upon a proclamation made by them in September 1958, and acknowledged by then North Vietnamese Prime Minister Pham-Van-Dong.

Contradicting this disputed proclamation, the South Vietnamese Government continued to maintain a small weather observation garrison on Pattle Island, the largest island in this group. And no action was initiated by the Peoples Liberation Army (PLA) to displace this presence.

On January 16, after delivering six South Vietnamese Army officers and an American observer to the Paracels for an inspection tour, the former US Coast Guard Cutter Chicoteague WHEC-375, now Vietnamese Navy Patrol Cruiser Ly-Thuong-Kiet HQ-16, discovered two Chinese “armored fishing trawlers” were laying off Drummond Island supporting troops from the PLA that had occupied the territory. In addition, Chinese soldiers were observed around a bunker on nearby Duncan Island, with a PLAN landing ship moored directly on the beach.

The CO of HQ-16, CDR Le-Van-Thu, reported his findings back to the regional headquarters in Da Nang, and also sent over 15 people to guard the small island of Money. CDR Thu’s report was routed immediately over to Saigon, where a hastily formed meeting by President Thieu and his cabinet decided to attempt eviction of the PRC forces.

Overnight on January 18, a small South Vietnamese force comprised of Destroyer Escort Tran-Khanh-Du HQ-4 {ex-USS Forster, DER-334} and the Patrol Cruiser Tran-Binh-Trong HQ-5 {ex-USCG Castle Rock, WHEC-383} were dispatched from the Da Nang area under the overall command of Captain Ha-Van-Ngac. Patrol Craft Nhat-Tao HQ-10 {ex-USS Serene AM-300} which was proceeding to Da Nang for repair of one of her engines, was also diverted to join the small flotilla of VNN ships that was converging on the Paracels.

While waiting for the arrival of the other ships, CDR Thu on HQ-16 landed a team of Vietnamese commandos on Robert Island (Cam Tuyen) to investigate some PRC flags installed on this tiny spit of land. No PLA forces were present on the island, so the naval commandos returned to their ship. However, shortly after their arriving back aboard, two PLAN Kronstad-class guided missle gun boats started churning up the waters in the vivinity of the collection of small islands.

The possibility of peaceful restoration of the islands became highly unlikely.

Permission to attack the intruding PRC forces was transmitted to Captain Ngac later in the day of January 18, with one stipulation: President Thieu wanted the navy to try to “parley” with the Chinese first. Accordingly, the commander of the VNN task force arrayed his ships around Duncan Island during the evening in preparation for a confrontation early on the morning of the 19th.

Meanwhile, two additional PLAN T48-class gunboats arrived in the area.
This had the effect of further deterioration to an already very tense situation.
As the tide crested on the following morning, HQ-5 lowered a brace of rubber landing craft over the side, heading for Duncan. Twenty Vietnamese Navy commandos, led by a lieutenant junior grade (Trung Uy), waded through the surf and onto the high ground waving a white flag, indicating a desire to talk. Instead, the larger than expected Chinese ground force began advancing toward the small party from several directions. Captain Ngac ordered a retreat. As the Vietnamese began nudging their boats back into the water, the PLA troops opened fire. The Trung Uy and two of his men fell dead in the raging surf.

The flotilla commander, in direct radio communications with the VNN Headquarters staff in Saigon, requested instructions. After only a short period of deliberations, the word from Saigon was emphatically relayed

Captain Ngac immediately translated the order into action as his four vessels began moving toward and taking on the two armed trawlers, one landing craft and four missle gunboats with devastating fire. The melee that resulted was fast paced, close in, and deadly. The two groups of ships were some times as close as only 1600 yards as they blasted away at one another. One of the PLAN gunboats (K-274) was sunk outright. And another (T-389) was damaged so badly that it was beached on Duncan and lost. The remaining two PLAN gunboats were also damaged.

But HQ-10 took a direct hit from a surface-to-surface missle and, spewing smoke and fire from her bridge, went dead in the water with her guns silent. HQ-16 also received damage from an errant five inch round from HQ-5 but continued to fight on, scoring additional hits.

A seaman below decks on the Nhat-Tao rushed up to the gun deck to find the gun crew dead and the 40 mm weapon jammed. Although not a gunner’s mate, Seaman (Ha Si) Tay cleared the gun and resumed firing on the PLAN vessels. The Chinese concentrated their firepower on this renewed source of danger, and Tay quickly went down fighting as the fate of his ship became all too evident.

After only thirty-five minutes (10:25 to 11:00 AM), the furious battle was over. Both groups of ships began rapidly pulling away from one another. The PLAN toward Hainan, and the South Vietnamese in the opposite direction toward Da Nang.

As the disengagement took place, word reached Saigon from the Americans that, although the US would not provide assistance in what they deemed to be a local dispute, they did advise that radar reports from US Naval sources indicated that a flight of MIG-21’s had taken off from Hainan headed toward the Paracels, with at least one Chinese Guided Missle Criuser also moving in that direction at high speed.

With this news, and indications of rapidly moving surface radar contacts approaching the area from the north, the only recourse for the Vietnamese was to retire completely. Captain Ngac ordered HQ-4 to escort the crippled HQ-16 back to Da Nang. HQ-5, with the commander of the flotilla on board, would begin an “expanding square” search for survivors from HQ-10.

But even the search effort was abandoned and further emphasis made for all South Vietnamese ships to withdraw as it became increasingly clear that further threats from the PLAN could be expected. Information obtained in later years proved this to be a wise decision, as two PLAN Hainan Class submarines were directed to guard the approaches to the Paracels on October 19.

Therfore, it would not be until several days later that a Dutch tanker and a Vietnamese fishing boat boat pulled only thirty-seven survivors of the sunken Nhat-Tao out of the South China Sea. This from the eighty-two sailors on board HQ-10 when the battle began. Commanding Officer Nguy-Van-Tha was not among those who were rescued, having been killed when when the missle hit the bridge area.

A few days later, the Chinese returned in force to finish the occupation of the entire chain of islands of the Paracels. The Chinese government announced to the world that they had captured forty-eight prisoners, including the one American. These were the garrison forces on Pattle and neighboring Money plus the six ARVN officers that had arrived in the days just before the battle.

Up until today, the Government of North Vietnam has not lodged a formal protest, and the Paracels remain claimed and in the control of the PRC.

Why did the South Vietnamese Navy challenge China with its more powerful fleet?
That seems like a logical question. Perhaps best answered by men who fought there.

From a Vietnamese language article published in 1998:

Twenty four years ago, US Navy officers stationed in Vietnam thought that the South Vietnamese Navy should have quietly withdrawn from the Paracels. They never did expect that “Little South Vietnam” would pick a fight with the giant China.

“Why would you engage a superior force with no hope of succeeding?”
Even those that did not directly participate in the battle would answer as follows:

“To defend my country, even to the death. The South Vietnamese Navy was determined to fight. The Paracel Islands were and are a part of Vietnam’s heritage. The Vietnamese vowed to defend it. Our ships exchanged fire with the invaders and fought with all their strength. Many worldwide observers, who at first wondered at our actions, later looked on with admiration at our courage.

A nation’s destiny is in the hands of its own people.” 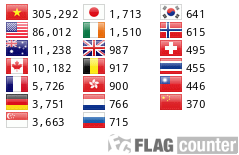